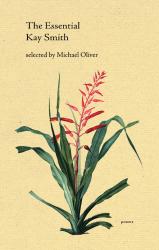 Light and shadows clash in The Essential Kay Smith, a collection that demonstrates an early modernist poet’s attempts to reconcile faith, imagination, reality and being.

Over the course of her lengthy career, New Brunswick poet Kay Smith published in some of Canada’s finest literary journals. Her work displays a sophisticated fusion of images, metaphors and symbols, forgoing clear connections in favour of fractured grammar, surprising diction and her own unique poetic mythology. In Smith’s poetry, images are not signs of meaning or emotion, but rather forms of being—underpinned by her religious faith, her aptitude for metaphysical inquiry and her belief in the purity and wonder of the imagined world.

The Essential Poets Series presents the works of Canada’s most celebrated poets in a package that is beautiful, accessible and affordable. The Essential Kay Smith is the twentieth volume in the increasingly popular series.

Through the cracked blind the Saturday sunlight sifts,
street noises festoon her limbs and sprout in her veins,
child of chaos, she hides in these, then drifts
through a jungle growth down shrill green lanes.
Ah, the scarlet burning of eyes in the leaves, the mists
that form in funeral lilies and fall like the rain!
On the pillow the small face smeared with cream
takes with bland innocence the dream.

The dream scatters defenses with ripping claws,
even the cloak of fear falling from head to feet,
to the potent voice of the seed, its cry that draws
the sun to its womb in the blind beginning of wheat,
the silk of her nays dribbles from streaming jaws,
what seemed intimately hers is rent like meat,
all is scattered like chaff the wind blows.
The small face on the pillow knows?

If she knows in the dream, is there hope for her scattered?
Question answers question. Does season follow season?
Does earth waste a single leaf battered
on her breast? Nature’s rhythm is reason,
the law no meddling hand has ever shattered.
On waking, if the world is paper hoop, treason
against the ache to be, will she leap through the real,
kneel with the stone and sail with the gull?

In This Season of Frosts and Separation

When under your kindling touch,
I burned in your arms like a forest.
There was no need of words.

Now in this season of frosts and separation
I burn alone, a single torch
Among the leafless columns.

I beg the silence to speak in tongues
Of crystal meanings that could not be
Save for your absence and my burning.

In the nights alone I cannot beg
The words I need for healing,
And so I ask instead for crystal meanings. Born in Saint John in 1911, Kay Smith was a poet and educator whose career spanned more than fifty years and whose circle included such luminaries as painter Miller Brittain and writer-artist P. K. Page. Smith was known for her modernist style and her distinctly metaphysical poetic sensibility, and her poems frequently appeared in major literary publications such as Contemporary Verse, The Cormorant and The Fiddlehead. She published her first book, Footnote to the Lord’s Prayer, in 1951, and her last, The Bright Particulars, in 1987. Kay Smith died in 2004. (Image courtesy of UNB Archives & Special Collections, UNB Public Relations Department Photograph Collection, Series 4, no. 264.) Michael Oliver is the author of two monographs on the poet Alden Nowlan, and of a number of creative and critical writings that have appeared in various journals and anthologies. His latest book is a novella called The Final Cause of Love (Poietikos Editions) and he has recently finished writing a suite of twenty-five poems entitled The Poet Orpheus. Oliver knew Kay Smith when he was teaching at UNBSJ, and once shared a poetry reading with her at the New Brunswick Museum—an experience he vividly remembers for the brilliance of her subtle poems and the gracious manner of her reading.