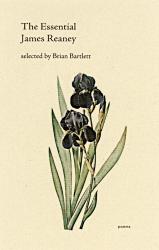 Despite his amply deserved reputation as the father of Southwestern Ontario Gothic, James Reaney was one of the most playful and buoyant Canadian poets publishing in the 1940s and ’50s. The Essential James Reaney presents an affordable, pocket-sized selection of the poet’s very best work.

Praise for The Essential James Reaney

‘Few would disagree, if pressed, that the word ‘essential’ is overused. That’s not the case with this book. The essence of James Reaney’s poetic works has been more than adequately distilled in this slim volume. Both the preface and the afterword allude to the fact that Reaney’s literary and artistic accomplishments encompassed several areas: poetry, of course; but also, plays, short stories, and novels. In his later career, he was, in fact, more recognized for his playwriting than his poetry. Nevertheless, the poems in this book, selected by Brian Bartlett, demonstrate a singular strength and vision that, but for the lack of a wider readership, almost certainly would have earned him a place as a widely known and respected 20th Century Canadian poet.

‘Subtly experimental and formally inventive, Reaney was a master at subverting simple and complex rhyme schemes and bending them to his poetic will, making a sort of conservative magic out of his subject matter. He also employed myth, and sometimes simple comic absurdity, to offset the bleak landscapes, figurative and literal, of the lives of the characters in his poems. He could be as bleak as Auden on his worst day; Auden’s clocktower addressing the lovers on the bridge has nothing on Reaney’s fetus’s macabre realization that its mother’s heart is the clock already ticking away its hours (‘‘Dark Lagoon’’). One can see Reaney’s forthrightness about cold eternal truths both softened and supported by his use of naturalistic themes; Frost would be proud, if a bit taken aback.

‘Some of the denser poems are the most rewarding: ‘‘Invocation to the Muse of Satire’’ is not as formally playful, but is nonetheless as emotionally rich as any of the other poems. See the aftermath of Satire invoked: ‘‘Has no one seen the country where your cure has nursed? / It is a land of upturned privies with occupants inside them / Crawling out through new tops like astonished moths / Bursting from their unusual, foul, and dark cocoons.’’

‘ ‘‘Reaney’s influence on Canadian poetry has not yet been recognized adequately,’’ writes Bartlett in the preface. Surely, this introduction to the poet’s oeuvre will go some way towards rectifying that. The distilled essence in this volume is powerfully heady stuff; one can take additional pleasure in the fact that Reaney’s book-length poem, A Suit of Nettles, is due to be published in early 2010 by The Porcupine’s Quill.’

Halfway between childhood & manhood,
More than a hoop but never a car,
The bicycle talks gravel and rain pavement
On the highway where the dead frogs are.

Like sharkfish the cars blur by,
Filled with the two-backed beast
One dreams of, yet knows not the word for,
The accumulating sexual yeast.

Past the house where the bees winter,
I climb on the stairs of my pedals
To school murmuring irregular verbs
Past the lion with legs like a table’s.

Autumn blows the windfalls down
With a twilight horn of dead leaves.
I pick them up in the fence of November
And burs on my sweater sleeves.

Where a secret robin is wintering
By the lake in the fir grove dark
Through the fresh new snow we stumble
That Winter has whistled sharp.

The March wind blows my ruts over,
Puddles past, under red maple buds,
Over culvert of streaming, under
White clouds and beside bluebirds.

Fireflies tell their blinking player
Piano hesitant tales
Down at the bridge through the swamp
Where the ogre clips his rusty nails.