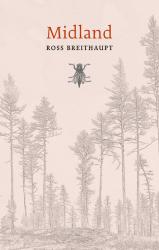 A traumatized young man steps away from his protective family and embarks on a transformative two-month stint as a tree planter in Northern Ontario. There he seeks comfort and healing in new friends, a mix-tape and letters to his dead brother.

There’s a rhythm inside things ...

It is the spring of 1987 and the blackflies are thick in the air. Twenty-year-old Rory Fleck—runner, bassist, ex-boyfriend, baby of the family—joins a tree-planting brigade in Northern Ontario, camping out in a pup tent and whiling away the evenings writing letters to his dead brother.

Haunted by dreams and plagued by gruesome visions from the past, Rory goes in search of the rhythm—in planting and in life—that leads to the mindless trance tree planters call ‘Freak Zero’. He takes comfort in a meaningful mix-tape titled VOYAGER 1 (ten songs, one for each full year his older brother, Mike, has been gone) and he develops a camaraderie with his fellows in the camp: timid, meticulous planter Eddie; gruff, Shakespeare-spouting camp cook Jerry; and kind, vibrant, tempting Betina. But there are others whose motives are less than friendly. Crew boss Ty’s rampant jealousy threatens Rory and Betina’s budding relationship, and the mysterious Mr W’s calm detachment conceals a startling connection to Rory’s past. When his time as a tree planter comes to an abrupt and painful end, Rory must choose whether to keep running, or find out what it means to stop and face the music.

Midland is a gripping story of trauma, family ghosts and the healing forces of friendship and music.

There’s a rhythm inside things. Everything. Let’s start with that.

I don’t mean the rhythm to things, their seasons, as in that sad old Byrds song that you used to sing. Or the rhythm of things, like Dad launching a curling rock. That’s not it either. I’m talking about the rhythm inside things.

Like inside my running, say, when my pace and breathing combine for a firm eighty-two beats per minute. That’s always my target.

Or listen! Right now, all along the seams of my pup tent and across the perfect square of screen and dusk in my ceiling window, a vibration. Blackflies! Thousands of blackflies, or probably millions, humming with one purpose and one steady pulse. Their purpose, their crazed mission, is to get in here and taste my warm mammal blood. Their pulse is also, by chance, eighty-two beats per minute.

That is the rhythm inside a million blackflies.

I have another good reference point for eighty-two beats per minute—another song you used to sing. ‘Ain’t No Sunshine (When She’s Gone)’ by Bill Withers. Remember? You were really good at the break in the middle of the song—the part where old Bill loses his marbles and sings that he knows, he knows, he knows over and over. Just those two words, twenty-six times in total and then back around to the sad conclusion, made even sadder somehow when he reaches the end of his tirade and comes, once again, to the realization that the titular ‘she’ took the sunshine with her when she left.

You muted the guitar strings and kept your eyes closed through that whole business because this is the part that freed you inside. That’s what you told me. That’s why I made it the first song on VOYAGER 1.

Thing is Mike, hard as it is to believe, I’m older now than you were then, and I know there’s more to it. Maybe you thought you’d lose the groove, the freedom. The way you lost Trudy. That sad repetition, that circular Bill Withers groove, laid-back and unrelenting. That’s why you kept your eyes closed, is my theory. Because you have to feel it—it’s not just naming the tempo. I know because I’m a bass player now. My eyes are closed most of the time.

But still, I have to write this. I have to find the words, to sort all this out. I have to open my eyes and look at it.

Shit, have I wrecked it?

‘Midland is a deeply engaging novel that subtly draws the reader into its world. Breithaupt vividly depicts the late eighties in northern Ontario with a story animated by a rich panoply of characters. At its heart, a young man tries to find the rhythm of the land in tree planting, though he is torn about the death of his brother and wary about the possibilities of love. Rory’s quest is central to this wonderfully resonant novel, one that compels the reader from beginning to end.’

—Anne Simpson, author of Speechless and Falling, and Griffin Prize winner for Loop

‘Resounding and redemptive, Midland is a novel whose lead character seeks a better life in the deep forests of the far north.’ After experiencing one season as a tree planter in Northern Ontario, Ross Breithaupt was a middle school teacher in suburban Toronto for twenty-two years. He has since spent his time writing his debut novel, Midland, as well as a series of essays for the Globe and Mail. He lives in Toronto.