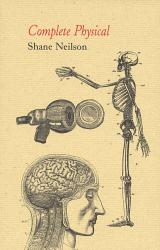 Complete Physical will appeal to physicians and patients alike, which includes most of the multitude. Doctors can read the book and sympathize with its complaints; patients can read it and know the mind of their doctor better.

Shane Neilson’s accustomed fascination with the two great subjects, love and death, has taken a purely professional interest: he has written a poetry that has fused his typical poetic concerns with that of his profession as a physician. The poems are primarily lyrics, but there is the occasional villanelle and sestina amidst a squalid sea of punchy narrative; all of the poems ponder what it means to be ill, and some of them celebrate what it means to get better. Some poems even consider the tragic point when illness becomes identity. In every poem his ‘patients’ come alive, but the main character is that of the observant doctor, chiding, cheerleading, sometimes just doing his duty.

Canadian physician and writer Shane Neilson immerses readers in the human struggles and surprising joys of being what some term ‘a healer’ in his latest poetry collection, Complete Physical. Neilson, however, does not believe in such a glorified title for the work he does. In ‘Song of the Most Responsible Physician,’ he lays out his job for all to see: ‘Actually, I’m an actuary, / an on-call oddsmaker, / the farmer who closes the barn door / after the horse thief makes a home visit.’ He may see his place in his patients’ lives as common or mechanical, but nearly all of the poems in this collection look at the workings of the heart. They take readers into the torturous moment of delivering bad news; they find celebration too late in the life of a deceased patient; they worry at not having done enough; and they realize that love in all its forms -- lost, found, hoped for, and shunned -- is often the source of our ills.

Underneath all of the pain that Neilson sees and describes so originally, there is a quiet joy for simply being alive. In the poem ‘On Conducting Complete Physicals,’ from which the title of the collection is taken, he says that love seems ‘a more pertinent question / than the latest burp or cough.’ But, he implies, intrinsic in such a diagnosis is a treatment ... and do we really want treatment for love, or for life itself?

Throughout Complete Physical, Neilson takes readers through a gamut of physician-related emotions and situations, from helplessness in trying to master the language of grief in ‘Campanology’ when ‘all that comes out / is a sound like a tolling bell’ to the whimsical nature of doodling on his prescriptions in the poem ‘Prescription Pad.’ In addition to the sheer variety of subject matter in his poems, Neilson has a gift for working with forms that accentuate the range of emotion; straightforward narratives have their place alongside lyrics, sonnets, villanelles, and sestinas. Furthermore, Neilson has a masterful ear and uses sound in ways that draws readers into that very important part of the physician’s job: listening. A dicey trip down the throat is described as ‘jingly jangly’ and a ‘gurgling drama.’ The sound of grief, ‘one long lowing moan,’ drags readers down with it.

As is typical with The Porcupine Quill’s books, Complete Physical is strikingly designed with line drawings from nineteenth-century anatomy texts on its cover and throughout the book. The arresting language, sound, and subject matter of Neilson’s poems, coupled with the design, make this book a difficult one to put down.

‘The book shines a light on the amazing resilience of humans, on unrealistic expectations placed on doctors, on the emotional trauma of treating untreatable pain, on regrets for past errors, on impersonal technology, and on pessimism in the professions.... It is heavy stuff, but achieves much more than therapy for the writer. In its fearless contemplation of pain and death, Complete Physical celebrates the pervasive beauty and power of love.’

‘In New Brunswick-born Shane Neilson’s latest poems, the doctor continues to find inspiration in medicine. His verse is clinical and carefully executed, like surgery. It’s a pulse beating in step with the cold, old anatomy diagrams dissecting the body. But what Neilson cuts into here isn’t diagramed flesh and bone, but his own heart yearning for love in a life surrounded by death and sickness.... His only prescription? Love.’

Neilson has a talent for powerful compression of language. By which I mean, his poetry can be dense and pack a wallop. When writing about poetry, I always feel I lack a proper vocabulary. I don’t know what to say about Shane’s stuff, except it’s uniquely his, and that’s the mark of a true craftsman.

‘If Complete Physical comes across as a little uneven it is perhaps because it’s like a Doctor Who version of an old-fashioned black medical bag, bigger on the inside than on the outside, a catch all for whatever the doctor thinks might come in useful, holding everything from a thermometer to an MRI machine. A rummage through it is likely to turn up just the thing you need to help you think about the issue at hand. ‘‘I am priestly,’’ the doctor tells us, in ‘‘Curing Blindness,’’ ‘‘leveraging hope and faith and that grand panacea, love, against death. . . What I tell you is like connecting dots: there are points of light, and if you cannot see them, I will heal your blindness.’’ ’

When your calling is preserving life, you come with a few unique ways to analyze the matter.Complete Physical is a collection of poetry from Shane Neilson, reflecting on his profession as a physician and his entanglements with love and death. Complete Physical is an intriguing collection, and a recommended one.

‘Complete Physical ... addresses big questions about death and heartbreak from a medical perspective. Neilson navigates; not as all-knowing doctor, but as poet-priest-doctor feeling out the space between patients, their bodies, and their illnesses, all through the use of language.’

—Sarah-Grace Ross, A Writer Without Residence

‘Unlike most professions that find themselves expressed in poetry, doctors share one important thing with poets: an obsession with death. Shane Neilson has turned that obsession -- and the special deathwatching vantage of his medical trade -- into a collection of poems as beguiling and as brave as any I have recently read. In a clinical universe where suffering is distanced by language, Complete Physical becomes a kind of extraordinary talking cure. The human predicament has rarely found itself in such good hands.’

‘The carefully crafted poems of Complete Physical draw on Neilson’s experiences as a doctor to explore the limits of compassion. The poems express both the empathy of the doctor for the suffering of his patients and the steely-eyed detachment needed to survive in so much anguish and death. Neilson uses the discipline of rhythm and metaphor to speak directly to both the pain in illness and the joy of the life well lived in ways that recall the best of Alden Nowlan.’

‘In the great tradition of poetry by doctors, Complete Physical arrives not as a book of spare notes pinned to the refrigerator, but with all the gore, heroics, tender compassion, and sorrow of the dedicated physician washing his hands of the bloody day. Shane Neilson is a fine poet.’

If love were a diagnosis,
I would chase it in a field of MRI machines
gone all blinky from delirium,
magnets gone randy.
If the insurance form said, Check all that apply:
Love, Lovesickness, Jealousy, Possessiveness,
all of it would be insurable in bouquets and chocolates.

If love were my diagnostic quarry
I’d hunt it like Cupid,
readying my quiver: Have you ever been in love?

With a Yes answer there would be a ritual cigar;
with No, a glass of bourbon.

It seems to me a more pertinent question
than the latest burp or cough.
But if there was a diagnosis,
and it was love,
would I order an unlovely blood test
to confirm, would I measure love’s telltale bump
with my hands, remarking on colour, border, size,
and consistency?

There would have to be a treatment for love.
What would it be? Shane Neilson is a family physician who published his first book of poems with Frog Hollow Press in 2008 calledExterminate My Heart. He will publish Meniscus with Biblioasis in 2009, and Alice and George in 2011 with Goose Lane Editions. He also published a memoir about his training as a physician called Call Me Doctor. All of his writings show fealty to his origins in rural New Brunswick. He has also been anthologized in The New Canon (Signature, 2005) and In Fine Form (Polestar, 2005.) Neilson has edited Alden Nowlan and Illness, a book collecting together all of Alden Nowlan’s medical poems, and he has just finished work on another anthology about what lies behind poetry calledApproaches To Poetry, a book collecting together twenty-seven poets who write about what moves them. It will be published by Frog Hollow late in 2009.