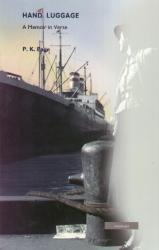 Towards the end of a long and passionate life, P. K. Page shares in a most engaging form the highlights of a life lived to the full.

It has become customary in Canada to describe P. K. Page as ‘‘distinguished’’, but that epithet betrays her. P. K. Page is simply too vivacious, too cunning, too elusive, to be monumentalized. She is in fact the supreme escape artist of our literature. Try to confine her in a villanelle and she scampers off into free verse. Peg her as a prose poet and she springs forth with a glosa. Categorize her as a poet who writes fiction but then note that you find very little ‘poet’s prose’ in her stories. Her characters are often incised with acid and a cruelly keen burin. She is the shrewdest of observers but at the same time she celebrates life, low and high, in all its manifestations. One of the finest and most distinctive Canadian poets, P. K. Page is no provincial. She is a citizen not merely of the world, but of the earth.

Starting in Calgary in the twenties, the young P K Page discovered first horses and then the pre-Raphaelites in cheap reproductions. In the thirties it was London, then back to the Maritimes and war and the distance of accented radio broadcasts from overseas. In the forties, in Montreal, there was snow as high as a house, cocoa at Murray’s on Sherbrooke Street and poems by Frank Scott and Abe Klein read aloud in rented rooms.

In the fifties, marriage to Arthur Irwin and thence to Australia by steamer via Aden, Port Said and Ceylon. Kangaroos and platypus and tea with the wives of diplomats. Perth to Melbourne by train. Alice Springs, Kalgoorli and Ayers Rock. Briefly, New Guinea. Then Brazil, a pet marmoset christened B Fledermouse and drinks with Margot Fonteyn on the beach at Copacobana. From the sublime, to the ridiculous -- an honour guard of mariachis poised to greet John Diefenbaker in the shadow of Popocatepetl. The posting to Mexico was the last.

Her memoir ranges from the trivial -- the condition of pipes and wiring in embassy homes -- to the profound, her persistent search for spiritual certainty. P K Page met many of the dominant figures of the twentieth century, including Nehru, DeGaulle, Mountbatten, Tito and the Kennedys. But above all, she celebrates the senses, the beauty of it all.

Towards the end of a long and passionate life, Page shares in a most engaging form the highlights of a life lived to the full.

‘Elegant, rigorous, fresh, P.K. Page’s work sings with a voice of independent character and maenad conjecture. It is a creature that lives on its own terms and terrain. It is startling, authoritative, and anti-sentimental, able to bear cool as well as passionate gazing at our own species. Her poems are always thinking -- each line is thinking, while its six senses remain impeccably alert. Her poems live by wit, wisdom, sass, suspense and a muscular lissome synapse and diction. They are daring in scope, meticulous in accomplishment, and boldly moral -- with a lovely flavour of amoral verve! We fall under the charm of her reasoning, of her fecund, fastidious imagination, of her many musics, and of her necessariness to us, her essentialness.’

‘P. K. Page shares with her 17th-century predecessors, such as John Donne, a refusal to separate head and heart. What you hear in her work is the sound of intelligence brought crisply into focus.’

‘Historically, people undertaking to write autobiographies have expressed the need to excuse themselves for their presumption. Augustine frames his memoir as a confession to God, though it is uttered within the hearing of a mortal audience. Rousseau finds his own existence so exceptional that, on the grounds of uniqueness, he exempts himself from the charge of self-absorption. Thoreau explains that he wants to confront the essential facts of life, an undertaking best pursued in solitude -- at least, the literary solitude furnished by use of the first person singular. P. K. Page need supply no apology for her memoir in verse, Hand Luggage. A major poet, her first significant publication dating from 1944, P. K. Page’s sheer avidity for existence on earth offers abundant reason for an account of her life.’