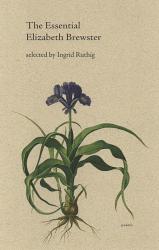 In The Essential Elizabeth Brewster, questioning, conversational poetry melds the private and the collective, exploring the challenges of constructing selfhood and voicing historically silenced female perspectives.

Despite an impressive post-secondary education and a body of work that spans more than twenty books and seven decades, Elizabeth Brewster’s quiet humility in the face of ‘all that tradition’ of the Western literary canon belies her contribution to Canada’s cultural history. Perhaps fittingly, her poems demonstrate a sense of isolation, a quest for selfhood, a desire to understand and to be understood. Often conversational in tone, her poems are direct and characterized by a deliberate economy of language and freedom from the restrictions of traditional form. Editor Ingrid Ruthig examines the aesthetic touchstones, stylistic shifts and thematic range in the poetry of a woman ‘whose work is included in critical anthologies while her name is missing from their introductions.’

The Essential Poets Series presents the works of Canada’s most celebrated poets in a package that is beautiful, accessible and affordable. The Essential Elizabeth Brewster is the twenty-second volume in the increasingly popular series.

Believe me, I say to the gentleman with the pince-nez,
Framed forever with one hand in his pocket,
With passion, with intensity I say it—
Believe me, oh believe me, you are not I.
Making my chair squeak on the chilly floor,
Catching up my pencil, I say—
But of course I am myself
And all the while time flows, time flows, time flows;
The minutes ripple over the varnished tables.
This is June, I say, not yesterday or tomorrow.
This is I, not Byron or Vanessa. I am not in the moon.
I must differentiate my body from all other bodies,
Realizing the mole on my neck, the scar on my hand.
I must wind my watch, say it is ten o’clock.
But I know I am not convinced, feel uneasily the lie.
Because actually I am Byron, I am Vanessa,
I am the pictured man with the frigid smile.
I am the girl at the next table, raising vague eyes,
Flicking the ash from her cigarette, the thoughts from her mind.
The elastic moment stretches to infinity,
The elastic moment, the elastic point of space.
The blessed sun becomes the blessed moon.

So that I would not pick the blueflag
in the midst of the pond
(and get my clothes wet)
my mother told me that it was poison.

I watched this beautiful, frightening flower
growing up from the water
from its green reeds,
washed blue, sunveined,
and wanted it more
than all the flowers I was allowed to pick,
wild roses, pink and smooth as soap,
or the milk-thin daisies
with butterblob centres.

I noticed that the midges
that covered the surface of the water
were not poisoned by the blueflag,
but I thought they must have
a different kind of life from mine.

Even now, if I pick one,
fear comes over me, a trembling.
I half expect to be struck dead
by the flower’s magic

a potency seeping
from its dangerous blue skin
its veined centre. Elizabeth Brewster (1922–2012) was part of a second wave of modernist poets who helped influence the national conversation about Canadian poetry. Born in Chipman, New Brunswick, Brewster was the frail fifth child in a family unsettled by poverty. While her early school attendance was irregular, nothing stopped her from reading, writing, and later, seeking higher education, first at the University of New Brunswick, where she helped to establish the vaunted literary journal The Fiddlehead, and then at a number of institutions including Harvard’s Radcliffe College; King’s College, London; and Indiana University. She settled in Saskatoon, and taught literature and creative writing at the University of Saskatchewan from 1972 until she retired in 1990. Brewster died in December of 2012 in Saskatoon, at the age of 90. (Image courtesy of University of Saskatchewan, University Archives and Special Collections, Photograph Collection, A-11138.) Ingrid Ruthig, writer, poet, visual artist, and former architect, is the author of This Being (Fitzhenry & Whiteside, 2016), winner of the League of Canadian Poets 2017 Gerald Lampert Memorial Award. Her work has appeared most recently in Resisting Canada (Véhicule Press, 2019) and Am, Be: The Poetry of Wayne Clifford (Frog Hollow Press, 2018). A 2018 Hawthornden Fellow, she is the editor of several books, including David Helwig: Essays on His Works (Guernica Editions, 2018) and The Essential Anne Wilkinson (The Porcupine’s Quill, 2014). She lives near Toronto with her family.