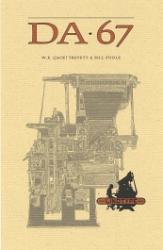 The issue also includes A Printer's Dozen: The First Thirteen Years of the Grimsby Wayzgoose Anthology by Kristine Tortora.

Keepsake laid in is after a map to Bill Poole's house on the Niagara Escarpment overlooking Grimsby, Ontario. Designed by Carl Dair. Printed letterpress by Nicholas Kennedy at Trip Print